Arboretum grounds are open. Buildings are closed to the public. Research and plant care continue. Please visit our COVID-19 page for more info.

Although it produces smaller nuts than the closely-related Shellbark Hickory, the Shagbark Hickory is Ontario’s most important source of edible Hickory nuts. It is much more common than the Shellbark Hickory, and Ontario has a rich cultural past involving the use of Shagbark Hickory.  The sap has been used to make syrup, and the wood makes an excellent long-burning fuelwood.  The nuts a staple in some Native populations and were used to make many types of food.  Today, Shagbark Hickory wood is still valued for its many uses, including tool construction and for making sports equipment such as skis. Many animals rely on the sweet, high-fat nuts, such as squirrels. 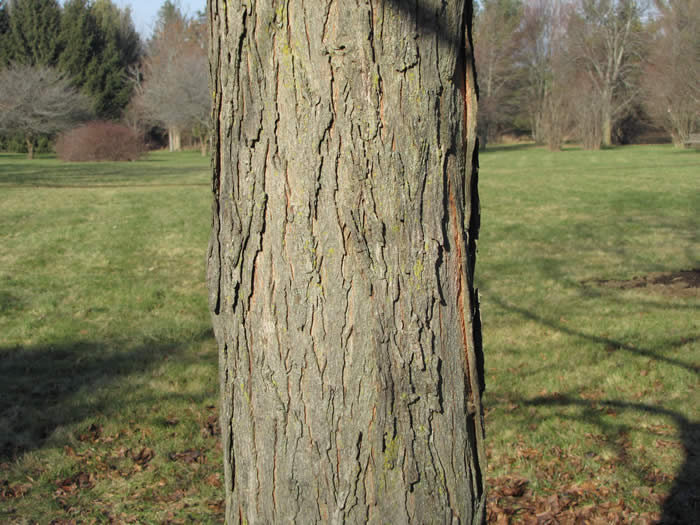 The mature bark is shaggy and dark, with long shreds or strips that are easily peeled. Photo by Chris Earley. 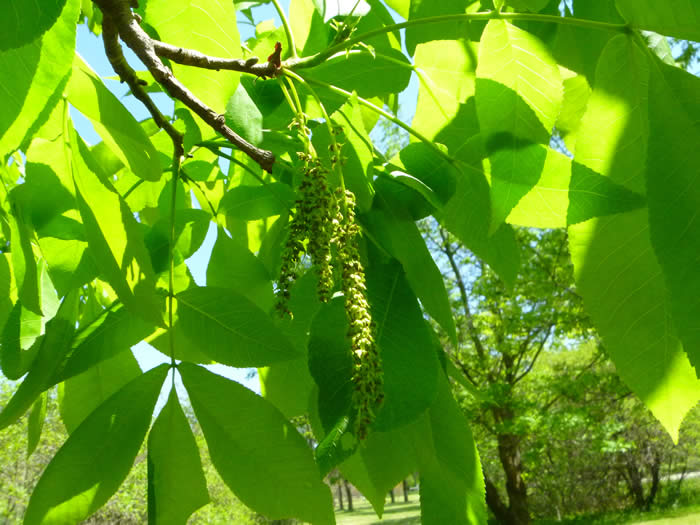 The leaves of the Shagbark Hickory can be distinguished from the Shellbark because they are smaller, and pinnately compound with usually only 5 leaflets (where Shellbark often has 7-9).  Photo by Sean Fox. 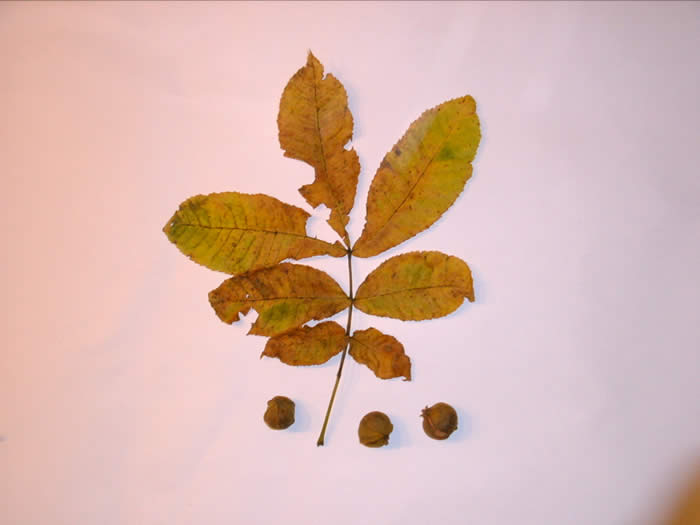 The sweet nuts are similar in taste and use to the pecan, and are often used in baked goods. Photo by Sean Fox. 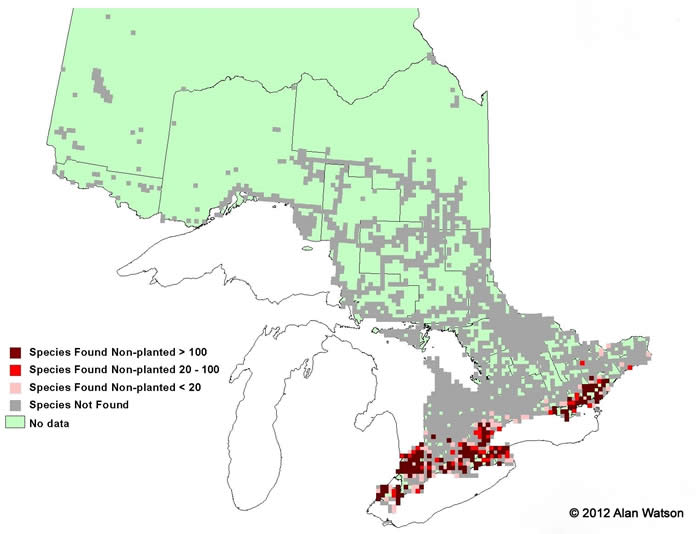