Considering The Arboretum is within the boundaries of the City of Guelph, it is amazing how many mammal species can be found here. However, many are nocturnal so they are not easily seen. During the winter, however, many make their presence known by leaving tracks in the snow. 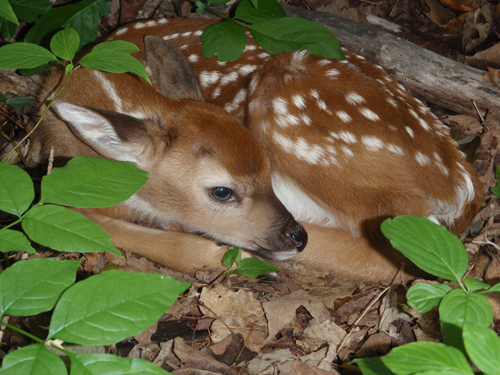 This little White-tailed Deer fawn is pretty cute! It was "hiding" in Victoria Woods. Photo by Bryna Belisle. 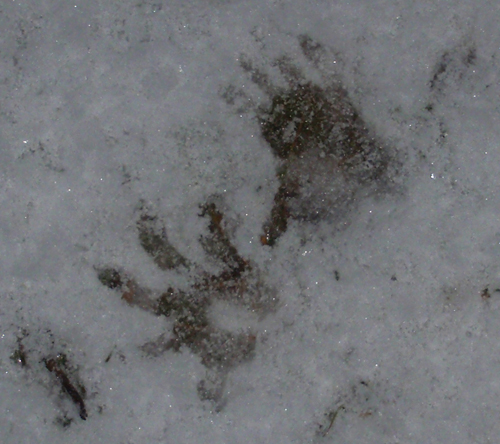 These are Virginia Opossum tracks. The front foot (lower track) leaves a star-shaped marking and the hindfoot (upper track) shows the thumb that this marsupial has on its hindfoot.

We teach a tracking course at The Arboretum; click here to see details. We also sell Mammals of The Arboretum booklets to help you identify Arboretum mammals as well as their tracks. 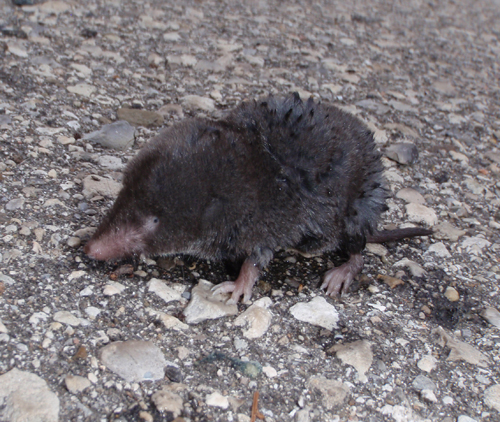 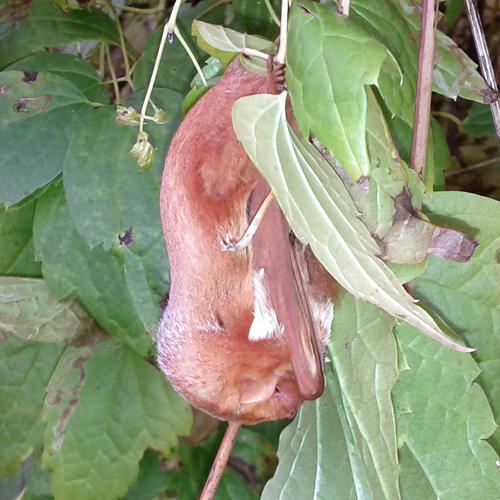 Our most recent new mammal species record was an Eastern Red Bat found by grade 5 student William during a school trip visit. This is one of only a handful of records of this bat species for all of Wellington County. Photo by Tracy Lockwood.

Mammals of The University of Guelph Arboretum

* These species were not accepted by the Ontario Mammal Atlas because of insufficient notes taken with the sightings. The Southern Bog Lemming and Hairy-tailed Mole were trapped by a graduate of the 4th year mammalogy course during a mammal survey conducted in 1980. The Least Weasel was seen by Prof. Alan Watson during the winter. It was very small and had no black tip on its tail. The Southern Flying Squirrel was seen by David Lamble while he was checking his bird nest boxes. The squirrel sat on David's hand when he opened up a nest box to check the contents (the squirrel had a nest with babies in the box). David has seen many Northern Flying Squirrels in his boxes but this one was much smaller than they were.

^ this cow was an escapee from the abbatoir across the river!