The Ontario Tree Atlas Project is an early citizen science project begun by The Arboretum in 1994 to survey the province's trees. The initial project was funded through the Genetic Heritage Program of the Ontario Forest Research Institute.

The Ontario Tree Atlas Project intended to produce a refined understanding of the distribution and abundance of the tree species growing across our large and diverse province. A computer database and Geographical Information System (GIS) were developed to map the collected information. The project aimed to produce detailed range maps illustrating the distribution and relative abundance of Ontario's trees, with more detailed analysis of certain species.

At that time, and still today, the distribution and abundance of Ontario's trees had never been comprehensively determined, and the species range maps used in books and guides remain broadly generalized. Unlike field guides, which are intended to assist with species identification, this project focused specifically on the geographical ranges of tree species.

The Tree Atlas may serve as a complementary companion to the excellent collection of field guides published about the plants of Ontario.

The Ontario Tree Atlas Project resulted from extensively surveying and counting trees that was made possible by the coordinated efforts of volunteers. A vast network of volunteers, numbering over one thousand participants, set out over 11 years to survey the province's trees. 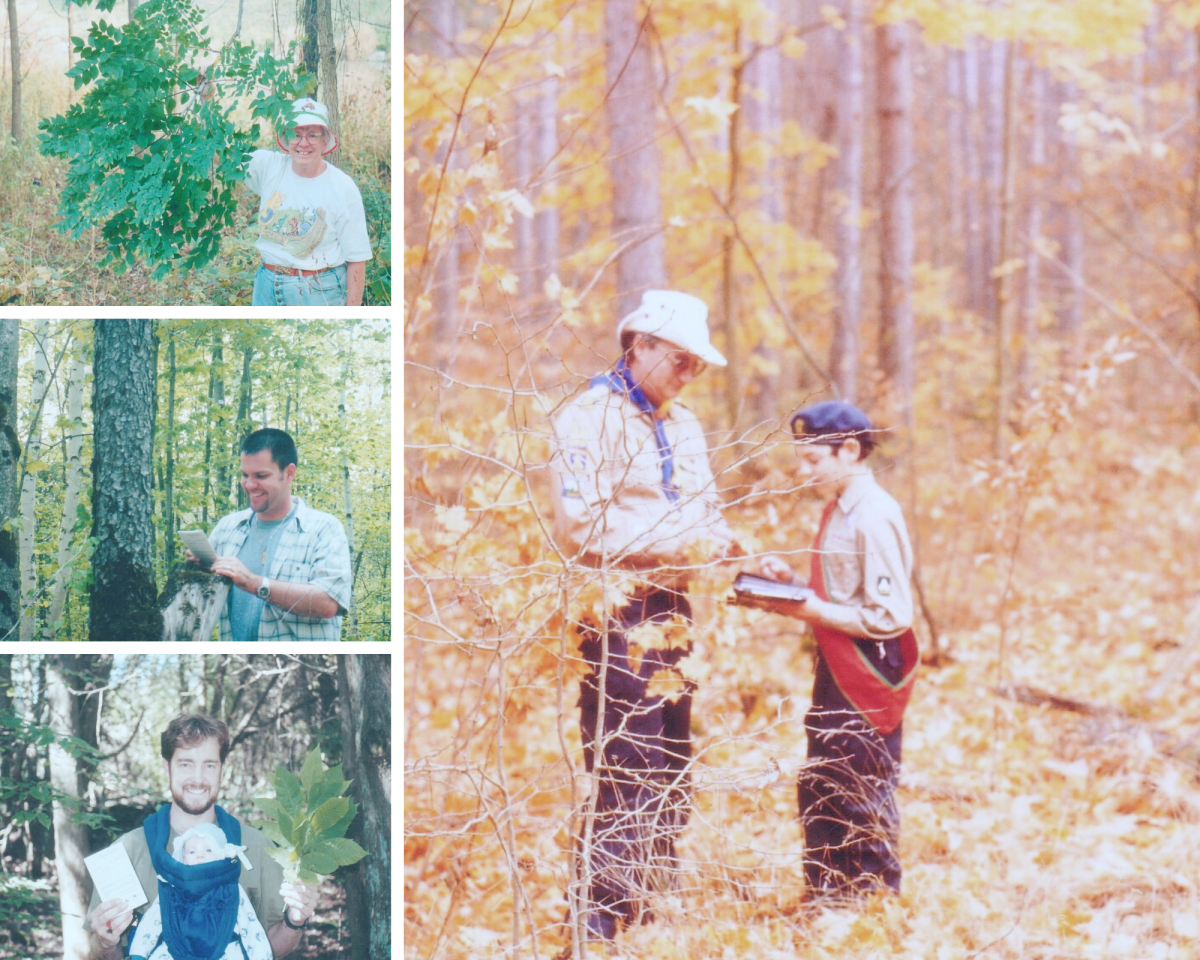 The publication of the Ontario Tree Atlas Project: A participatory science survey of Ontario's tree species (1994 - 2006) represents the first time that information from the Project has been presented comprehensively. Despite its vintage, the long lifespans of most tree species are such that the data in the Tree Atlas (collected 1995 - 2006) still holds relevance at this time. However, while the data have remained static over intervening years, the actual landscape of the province has continued to change. The passage of time makes the dataset an excellent reference point for future re-survey efforts. As new technologies such as iNaturalist and aerial photography and mapping are now enabling citizen science activities and data sharing to a greater degree than ever before, we hope that the Tree Atlas records will provide a valuable point-in-time benchmark for future surveys as our dynamic forests continue to change. Preparation of the data and manuscript was completed by Emma Davis through a postdoctoral fellowship at The Arboretum, under the supervision of Shelley Hunt and Sean Fox. Final publication was enabled through the support of a private donor.

*Images, files, and text not for use without permission of The Arboretum, University of Guelph.