Return to the tree listing page

This conifer's conical shape and wonderful aromatic needles make Balsam Fir a popular Christmas tree choice.  Balsam Fir can be difficult to identify because the needles closely resemble those of Eastern Hemlock, another native Ontario species. Remember that Balsam Fir needles are longer and attached to the twig with a small disc (think Ball-sam).  The resin from Balsam Fir is called “Canada Balsam” and is used to make glue and fragrance in candles and soaps. 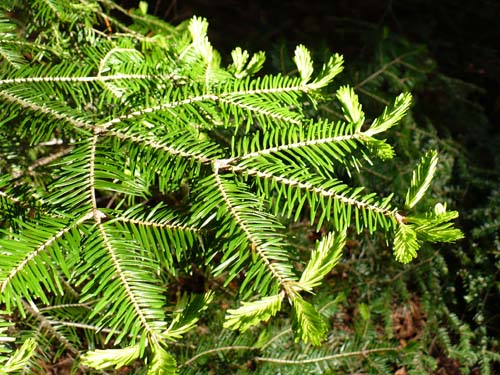 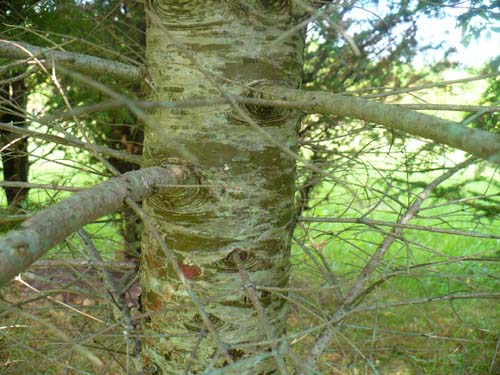 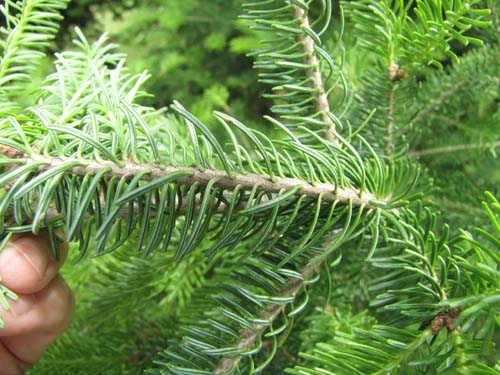 Balsam fir needles are flat with two white bands on the bottom. They are attached spirally but are twisted to form two rows on one plane. You can see the disks or "balls" where the needles join the twig. 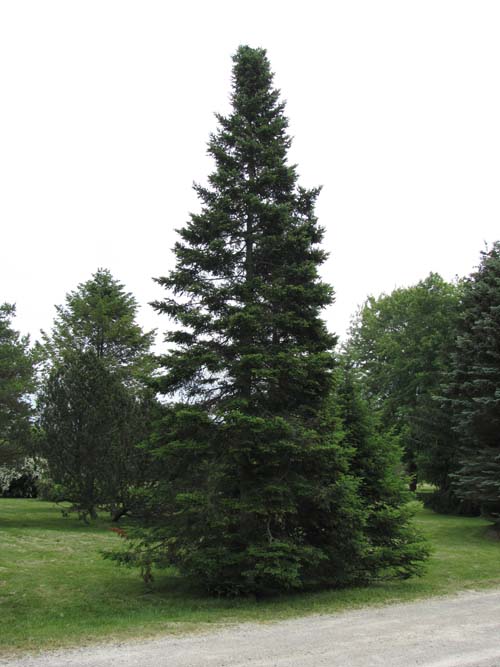 Note the conical shape of the tree. Balsam fir is shallow-rooted, so heavy winds can often uproot them. 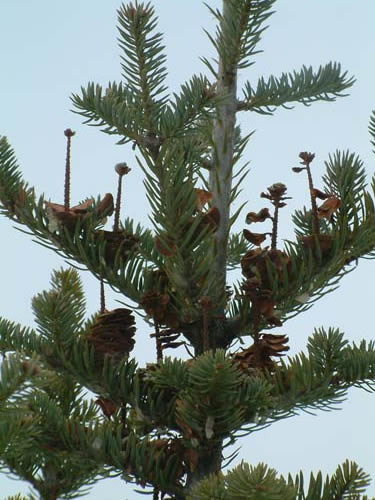 The cones are upright and erect, unlike the cones of the Eastern Hemlock. These unique purple-green cones shed their seeds in the fall, but the cones and their central stalks can remain on the branches for several years.

The map below was created using data from the Ontario Tree Atlas Project, a participatory science survey of Ontario’s tree species (1994 - 2006). 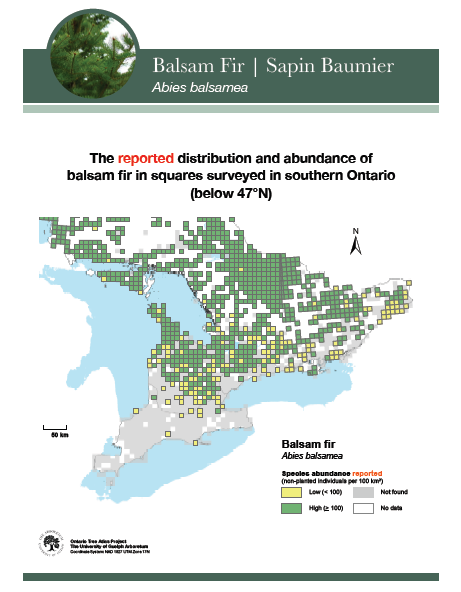 The range of balsam fir was largely contained within the Great Lakes - St. Lawrence and boreal forest regions. The northern extent of its range is not fully captured by the Tree Atlas surveys, as balsam firs are known to grow at the highest latitudes of the province. A well-defined transition in the abundance of balsam fir occurred along a ~100 km wide band extending from the St. Lawrence River Valley, west to Lake Huron.

The Ontario Tree Atlas Project was an early citizen science project begun by The Arboretum in 1994 to survey the province's trees. It intended to produce a refined understanding of the distribution and abundance of the tree species growing across our large and diverse province. The data was re-evaluated from 2019-2021 by Arboretum post-doctoral fellow Emma Davis, who produced the final project report, Ontario Tree Atlas Project: A participatory science survey of Ontario’s tree species (1994-2006).