Arboretum grounds are open for walking and other permitted activities. Some events are now permitted onsite, with safety measures in place. Building facilities remain closed to the public. Please visit our COVID-19 page for our changes in operation and safety protocols. 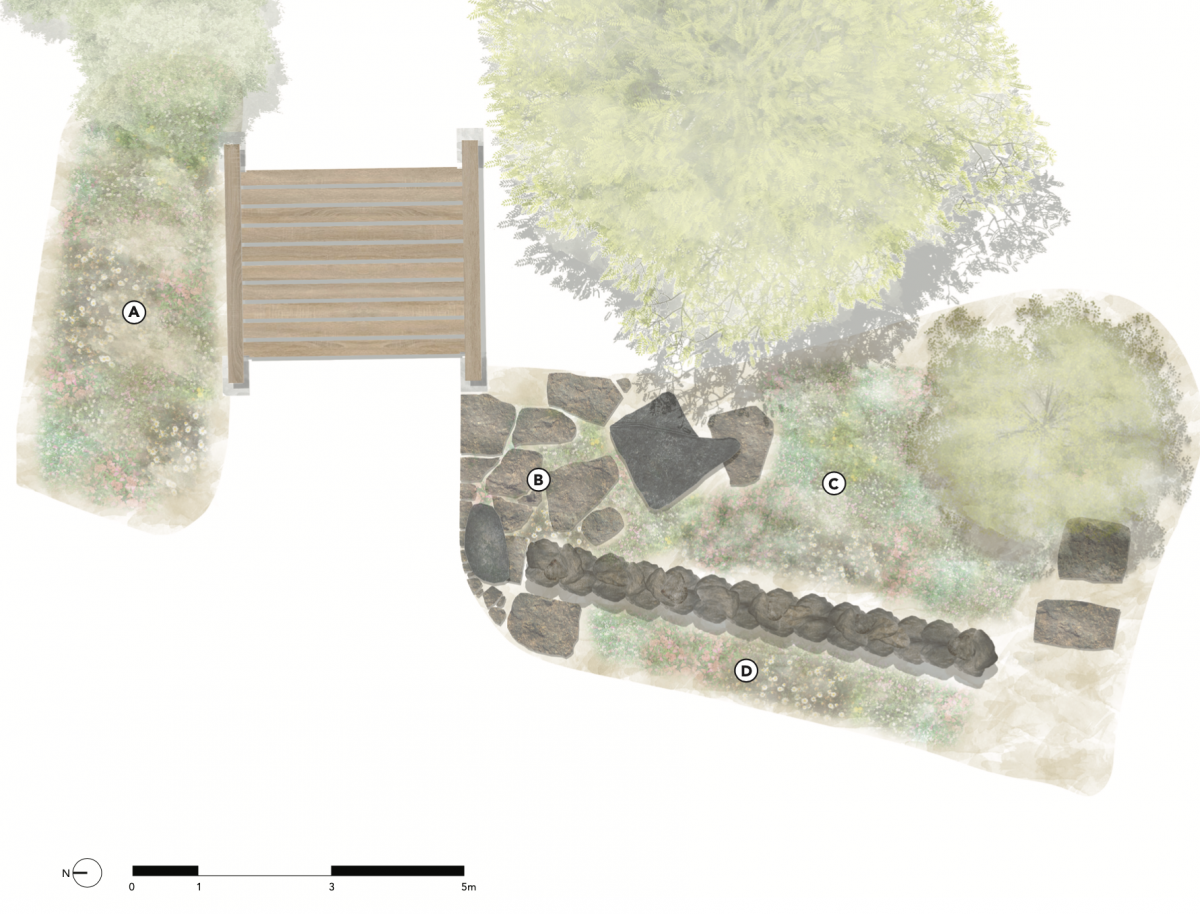 *Letters represent a general location of plant species - refer to the plant list for plant locations within the garden.

The Entrance Alvar Garden provides a small representation of an alvar environment, but features a variety of rare plant species. Alvars are landscapes of exposed glaciated limestone rock with very shallow or no soil coverage. The moisture typically fluctuates from periodic flooding in the spring and fall to extreme summer droughts.

Within this garden there are four sections that represent different types of alvars. Left to the entrance arbor is the garden cultivars of alvar species (A), meaning these plants have been selectively bred to survive a typical garden setting with variations in soil and sunlight conditions. However, to the right of the entrance are species of plants you would find in a wild alvar ecosystem and can only survive under specific conditions. Our garden features a section of alvar pavement (B) (Occurs on exposed rock (>50%) with less than 2cm of soil), alvar shrubland (C) (High density of alvar shrub species and minimal canopy coverage) and alvar grassland (D) (Meadow-like, supports grasses and sedges). There are two other types of alvars not represented here which include the alvar woodland (highest canopy coverage) and alvar savannah (most uncommon (10-25% canopy), most species-rich community type).

This garden features a rock wall supporting the native vines Virgin's Bower (Clematis virginiana) and Climbing Prairie Rose (Rosa setigera), accompanied by unique alvar species such as Low Calamint (Clinopodium arkansanum), Michaux's Stitchwort (Sabulina michauxii) and Cathcart's Woodsia Fern (Woodsia oregana ssp. cathcartiana) that can be found amongst the cracks of large limestone rocks. For all plantings intended for this garden, download the revitalization plant list PDF below. Note that over time the actual plants may change!